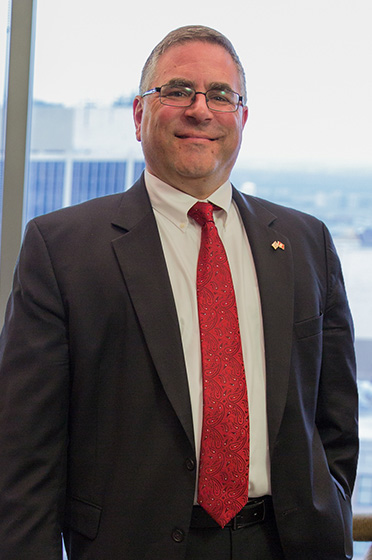 Elio Battista, Jr. joined Parkowski, Guerke & Swayze, P.A. in 2012 as a Director. He concentrates his practice in the areas of administrative and government law, regulatory enforcement, commercial law and litigation, environmental law and employment and labor law.

Admitted to the Delaware Bar in 1999, Mr. Battista has served as a Delaware Deputy Attorney General representing various State of Delaware agencies, including representation as general counsel for the Delaware Office of Management and Budget, the Office of the State Treasurer and the Council on Development Finance. Prior to serving as a Deputy Attorney General, Mr. Battista was in private practice where his focus was on representing various business entities and individuals in the areas of corporate restructuring, commercial litigation and complex financing issues. Mr. Battista also served on active duty in the United States Marine Corps and as an officer and assistant judge advocate general in the Delaware Army National Guard.