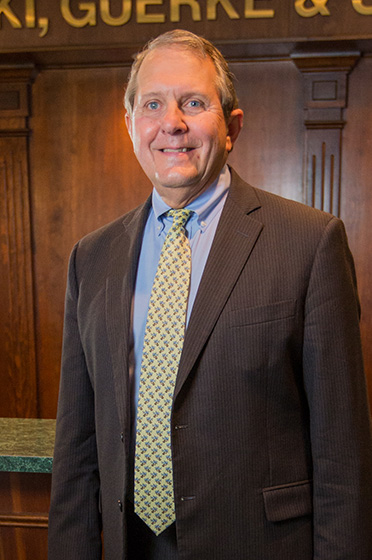 I. Barry Guerke, a Director in the firm, concentrates over 90% of his practice in the area of plaintiff’s personal injury.

Mr. Guerke is a graduate of the University of Delaware and Dickinson School of Law. Following graduation from law school, he served as a law clerk to Chief Justice Daniel F. Wolcott and Associate Justice William Duffy of the Delaware Supreme Court. After passing the bar exam in 1973, he was admitted to the State Bar and United States District Court, District of Delaware in 1974, the United States Court of Appeals 3rd Circuit in 1982 and the United States Supreme Court in 2005.